The brake fluid reservoirs were looking a bit tired. 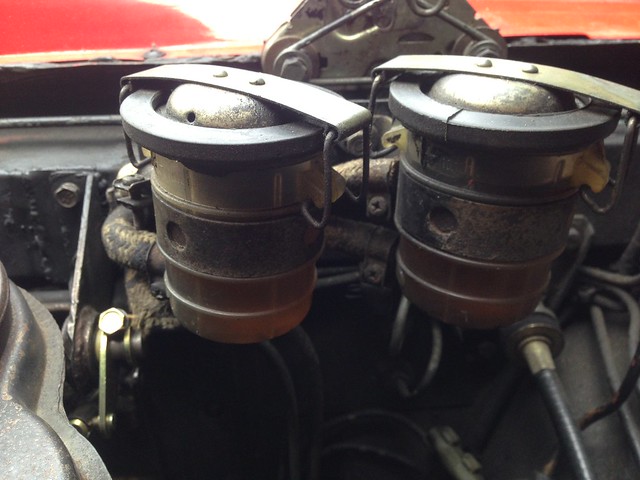 The main problem was the hose having been eaten by the throttle shaft. 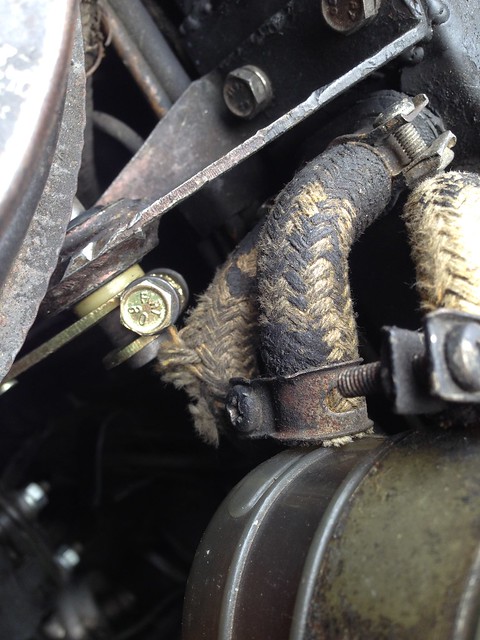 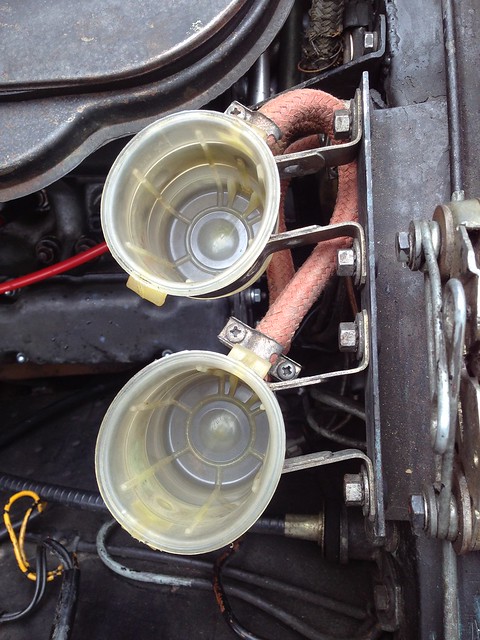 It turned out a lot cleaner!
Top 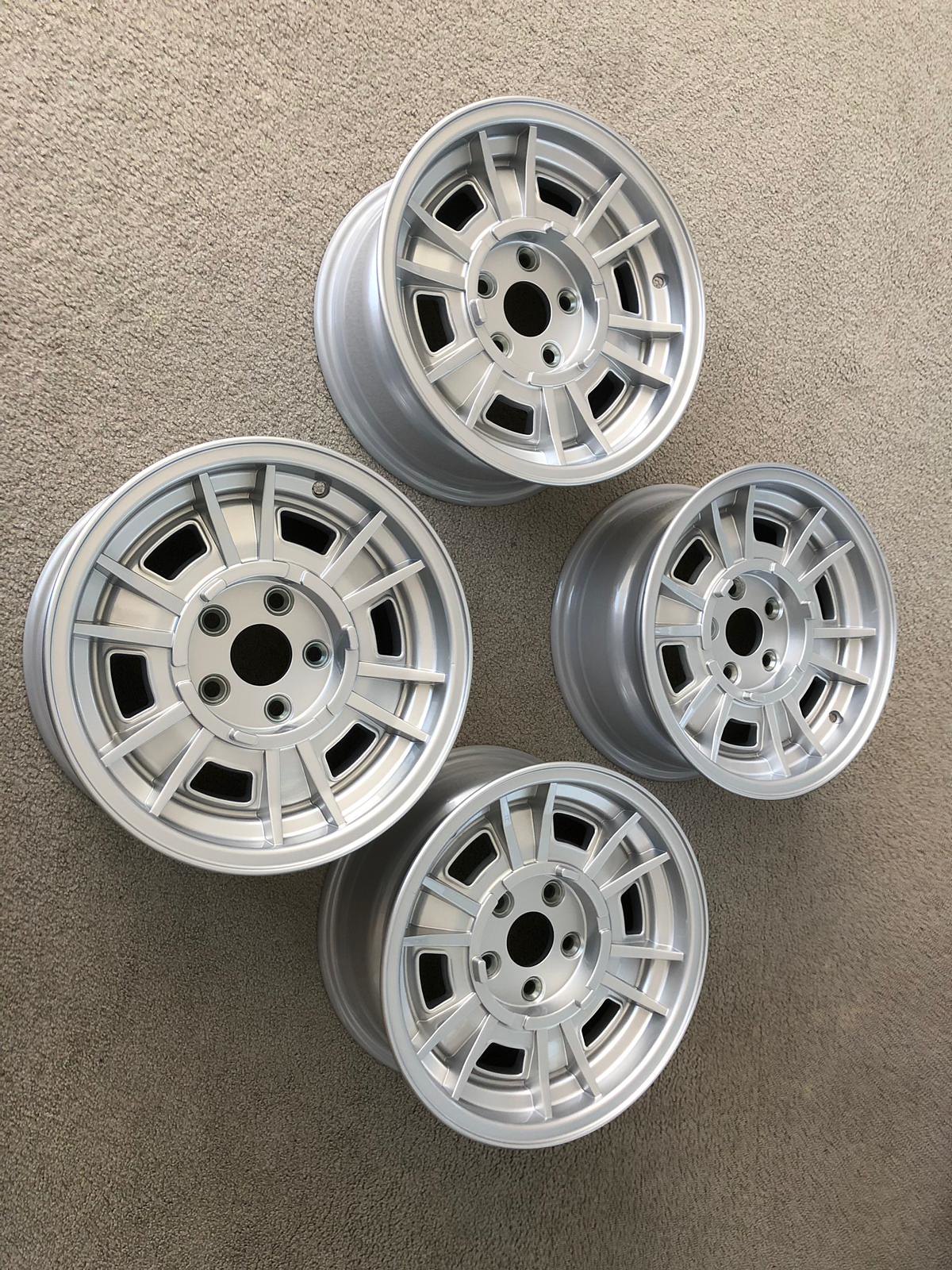 We ordered new rims, but were not happy with the quality, so those were returned. We will order new ones from Dinoparts soon.

At least the hubcap looks good with an new emblem! 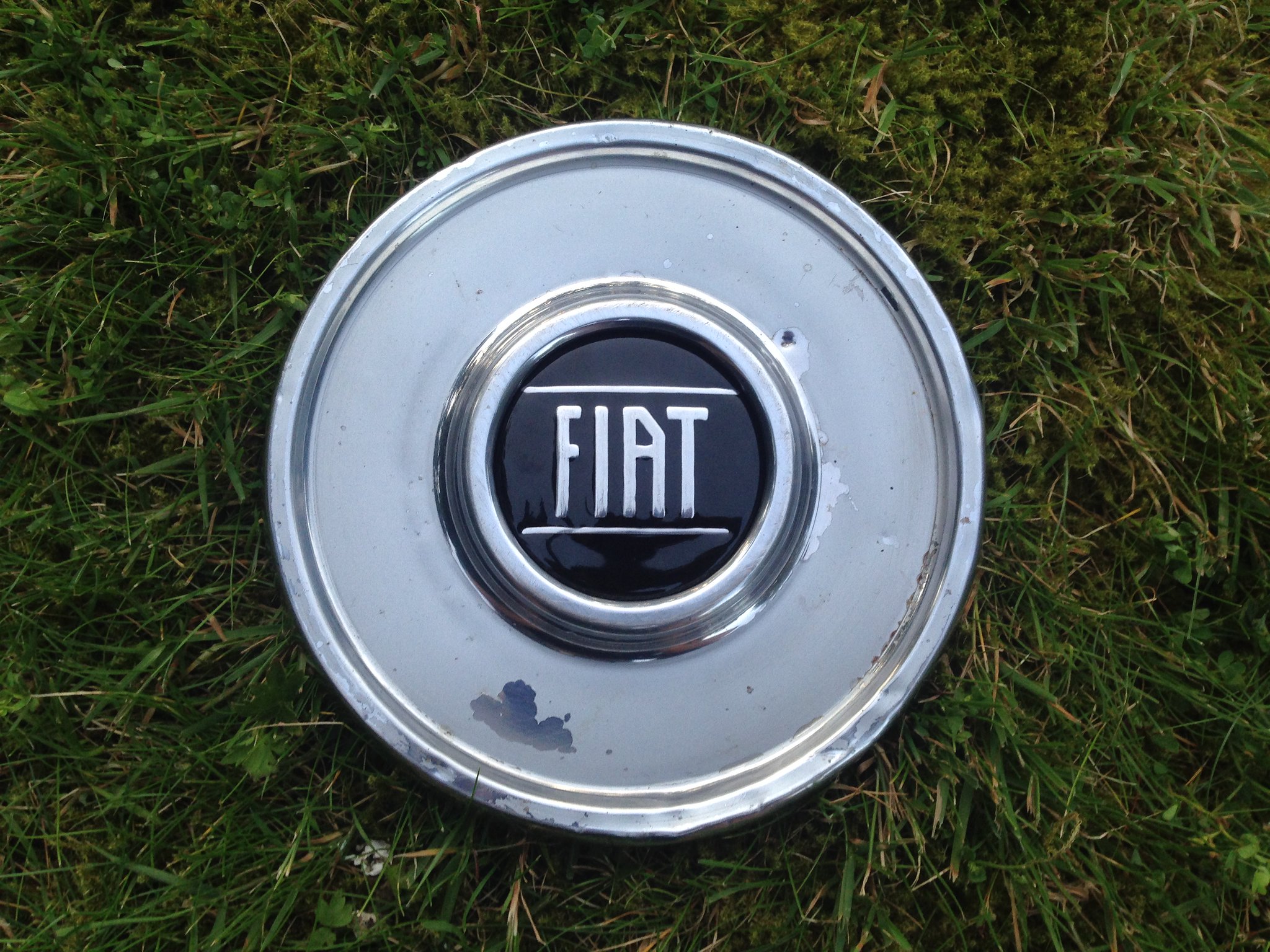 Hi, where did you source the poor quality rims? I am minded to store my “original” Dino script rims (there has been a big debate in this forum about whether they could really be original to my car) and fit reproduction rims. In your opinion is Dinoparts the best source?
2400 Spider #1364
Top

Why have the rims been of poor qiality? It would also be interesting to know if the two shops really have different suppliers.
Top

The main issue was specs of dust all over the rims. But also the stubs on which the hub caps seat were straight instead of having a cutout, painted on the mounting surface, both of which are correct on the Dinoparts wheels.

To be fair Dinoparts is more expensive, but nonetheless I don't think specs of dust - due to a lack of preperation - is unacceptable, also at Superformance's price point. But maybe that's just me.
Top

Thanks's for letting us know. They seem to be a nogo - for any price.
Top

For me no, but maybe I have very high standards (high maybe, but I don't think very high). To be clear, I've only seen pictures of the wheels from Dinoparts, but I have a lot of faith in those. We'll see!
Top

Well, it all took a bit longer than expected, but they have arrived! 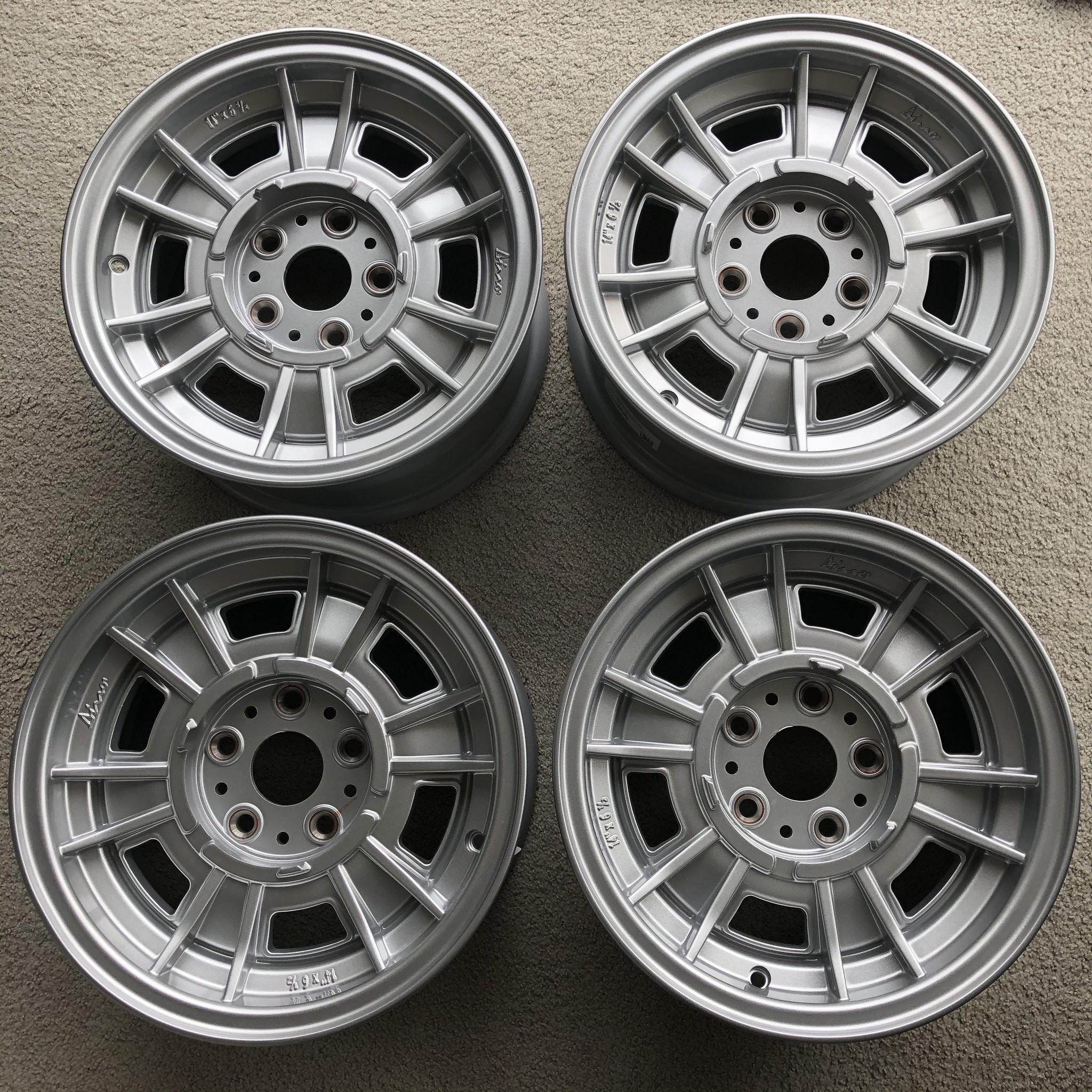 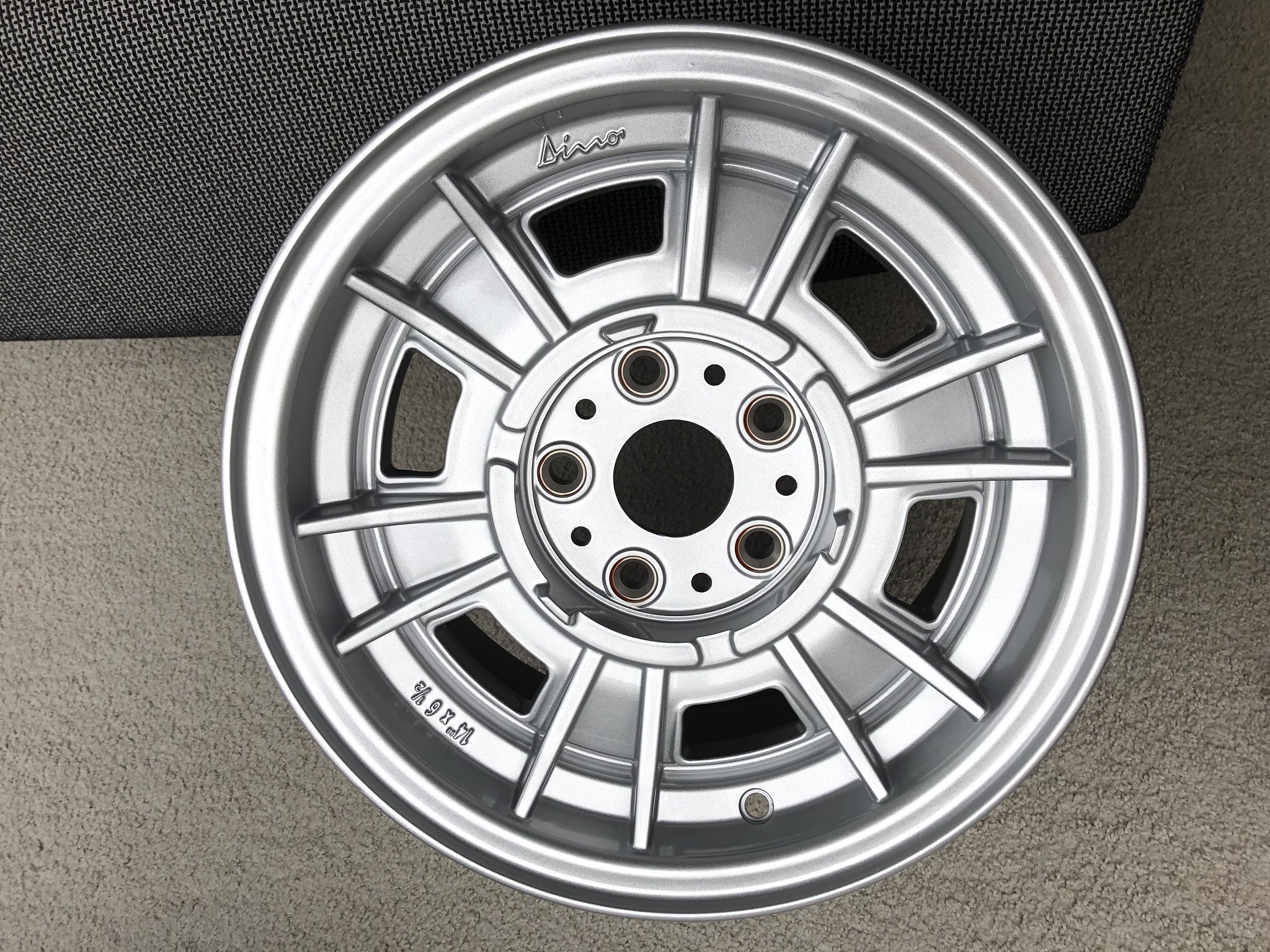 I have to say they are exactly as expected. Nice casting, well painted and little defects. I would say on average one or two specs of dust per rim, which is what I would expect. So much much better than the ones we got last year.

. So that needs to be remedied before the new wheels can go on. I got a used rear hub including the driveshaft from a forum member, so we can simply swap the whole assembly out. Hopefully the used hub will have the new bush pressed in next week and the tires mounted on the wheels as well. Then it's a matter of swapping the hubs out. I have not done this on a Dino, but from what I gather it should be quite simple (bar the rusted bolts...).

Hopefully more on this soon!
Top

We got the carbs all rebuilt, but are now dealing with a severe fuel leak coming from the middle carb (more detail in the technical section of the forum). We did get the carbs to look great though

. Also had a new throttle shaft (running along the firewall) made and installed new bushes. 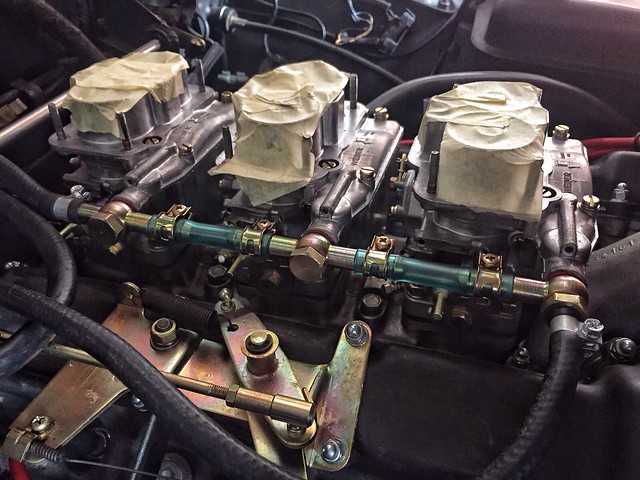 So at least it looks good while I'm frustrated with it...

I am going back to this carb picture to ask if you, or anyone, knows if the original style of hos clamp that we see holding the green fuel line is available anywhere. I have not been able to find it. Also, the same question for the green clear fuel line. I have found some but not the correct size or appearance.

Hi Luis, thanks! I’m not sure about the hose clamps, but I didn’t have the need to look for them. The hoses are just generic green fuel lines (€2/m). Reoriginals stocks the Cavis branded lines, but those are stupidly expensive!

I’m not sure how ours compare to the originals side to side, but I’m very happy with the appearance.
Top
Post Reply
46 posts

Return to “The Garage”